Here we have a Full respray on a Mercedes SLK AMG we did for a customer last spring.

The customers main objective was to eliminate the usual rust points, being the front wings and the rear arches. But also to give the whole car a new lease of life with fresh paint making the car as close to possible as factory original.

The Mercedes-Benz SLK is Widely regarded as one of the most iconic roadsters to date. With the 2-seater roadster market being dominated in the 1990’s by fellow German manufacturers Porsche and BMW Mercedes knew they had to offer something special.

On April 22nd 1996 Mercedes unveiled the R170 SLK-Class at the Turin Auto show. The SLK was regarded as the modern incarnation of the iconic 1950s Mercedes 190SL.

Rushmoor Bodyshop and the Mercedes SLK

Here we have a Full respray on a Mercedes SLK AMG we did for a customer last spring.

The customers main objective was to eliminate the usual rust points, being the front wings and the rear arches. But also to give the whole car a new lease of life with fresh paint making the car as close to possible as factory original. 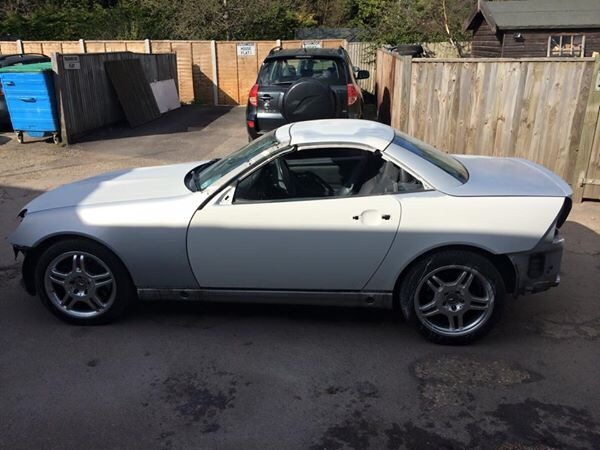 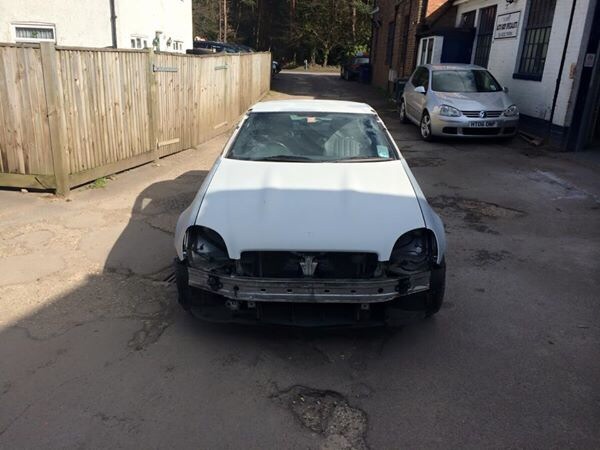 We started off by completely stripping the car down to bare panels. This includes the wings coming off, both front and rear bumpers, the bonnet, all mouldings and clips that can be seen, every handle and mirror. Basically everything that can be stripped is removed.

The wings themselves were far too rusted to salvage, so 2 original Mercedes wings were ordered. Everything else was in good enough shape to be repaired/repainted, so work began with any welding that we needed doing due to rust (mainly the rear arches) followed by any dents/blemishes being panel beaten and primed up ready for painting. 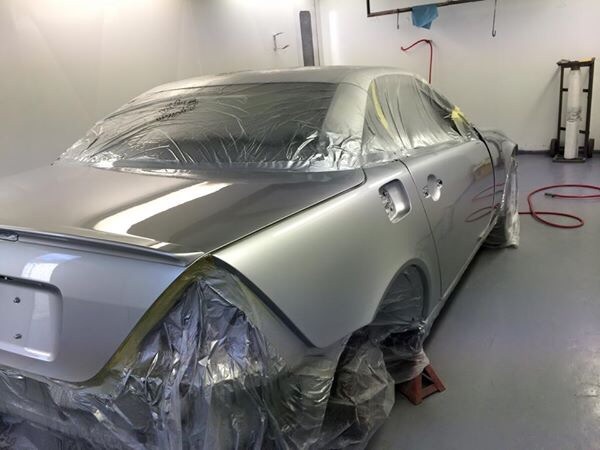 After being primed the car is left for between5-7 days for the primer to set and sink. After a full inspection by our painter, the go ahead was given for the painting.

Due to being a full repaint nothing was missed, any place that the car was originally painted in the factory, has also been painted by us. After painting the car was then fully sanded and machine buffed to bring the paintwork back to perfection. 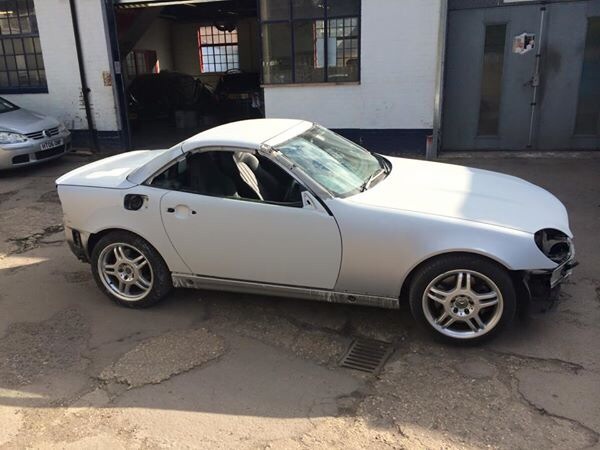 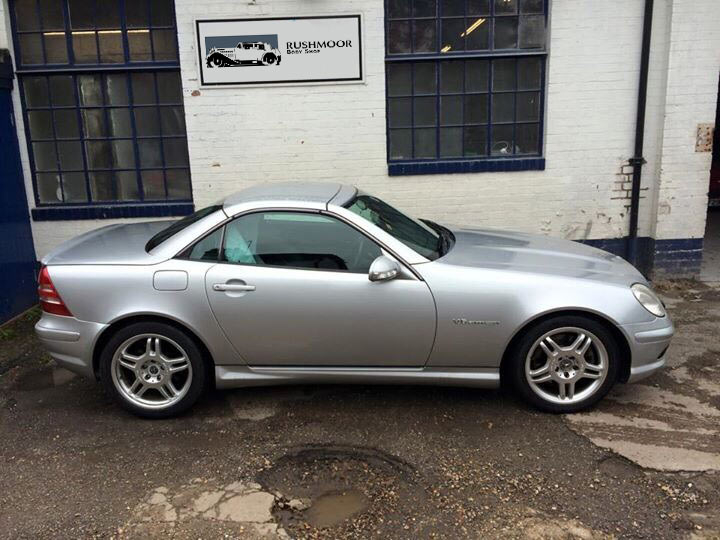 Finally all of the badges were re-applied, along with all the door handles/mirrors/trims also being fitted.

As you can see the team here at Rushmoor Bodyshop were able to restore this R170 SLK back to its former glory after its full respray.

The original R170 SLK is fast becoming a collector’s item for any car fan. But with age comes complications. And the SLK is no stranger to the issue of rust, especially rust corroding the front wings.

We at Rushmoor Bodyshop pride ourselves on our knowledge of this iconic car. This means our team of experts are able to provide you with the highest quality finish to your SLK respray.

Rushmoor Bodyshop’s head paint technician Chris White has dealt with Mercedes restorations and repairs for over 30 years. With this level of experience, we at Rushmoor Bodyshop are confident in our knowledge and understanding of other classic and pre-classic Mercedes models including the iconic Mercedes-Benz W113 (Pagoda), SL R129 and S600.

But our expertise doesn’t just stop at classic and pre-classic models. With over 3 decades of in-house Mercedes experience, Rushmoor Bodyshop is able to reproduce factory standard paint jobs. This can be seen on previous SLS and GTS resprays